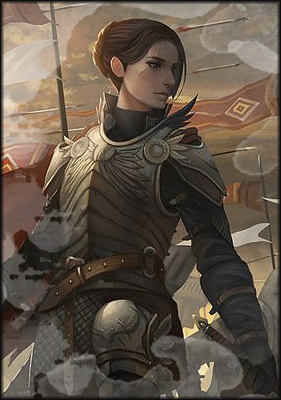 There is only one thing more numerous than the stars and that is the darkness which holds it. Humanity is quick to forget the sins it brought upon the world and those they share it with. Our story starts in the 4th Age, an Age of Great Magic and wonders. The Humans, Elves, and Dwarves have long forgotten the days in which they came to this planet in great metal machines that ruled the skies. They came here fleeing the great evil they had unleashed upon their former planet. Their exodus would forever change both worlds in the process. Today the people live in great cities ruled under an iron fist as the Aristocracy force them into submission. The monsters of the wilds grow seem to grow stronger each year, and fewer and fewer people dare to brave the paths between the cities. Only the Pathfinders keep the cities alive by supplying the cities with goods.

Recently it was announced in the city of Larith that the Pathfinders had acquired a rare artifact of great power. The whispers in the street claimed that they paid 3 million gold for some strange orb. A notice went out in a special edition of the paper calling for Pathfinders, Heroes, Skilled Warriors and Adventurers who were looking to make history or a good sum of money. Could this somehow be tied to the new relic the Pathfinders bought? Will our Adventurers answer the Society’s call and sign up? Will our heroes use cunning and wit to steal the relic from the Societies hands? Will they take it with brute force? Will good triumph over evil like a Bards tale? Come with us on our journey and see if our intrepid heroes can recover their history and prevent the end of the world!

Thanks for stopping in, pull up a chair and join us on our journey! I would have to say it is a little bit of both. I have tried to pull from a lot of different avenues. One that I have pulled from is Clarke’s 3 laws to add a little flair to this round of Pathfinder.

I really like your take on the post apocalyptic/ futuristic version of Pathfinder?
I look forward to reading more.

I'm sorry, but we no longer support this web browser. Please upgrade your browser or install Chrome or Firefox to enjoy the full functionality of this site.